A Complete Guide To The VIX Index 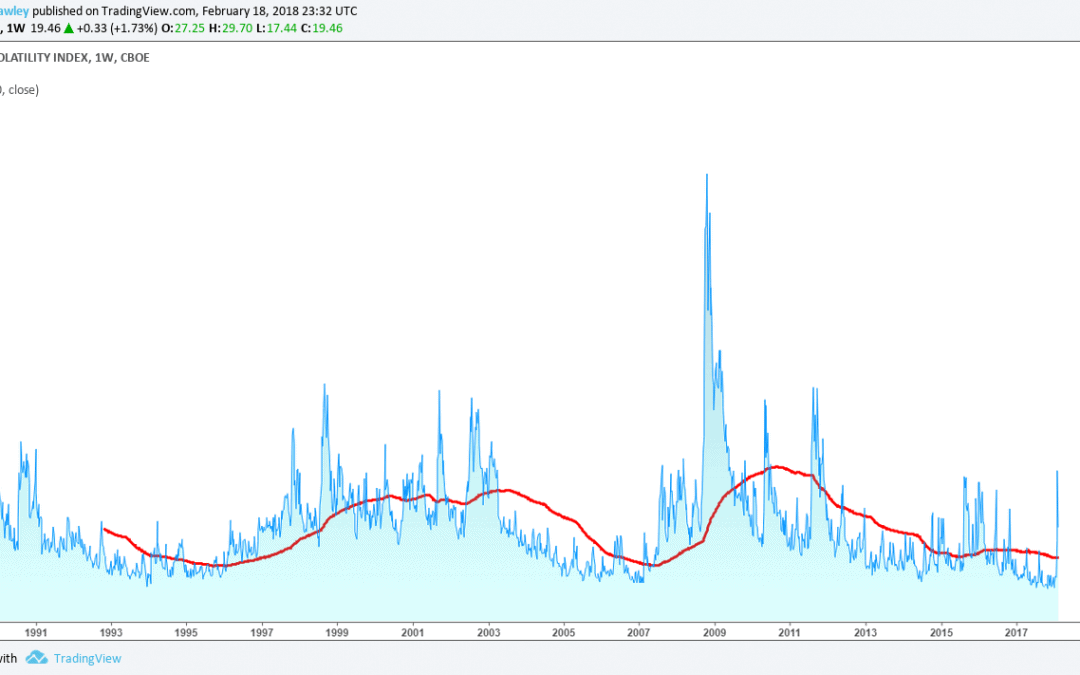 As seen in the chart below, the VIX has an inverse relationship with the S&P 500. 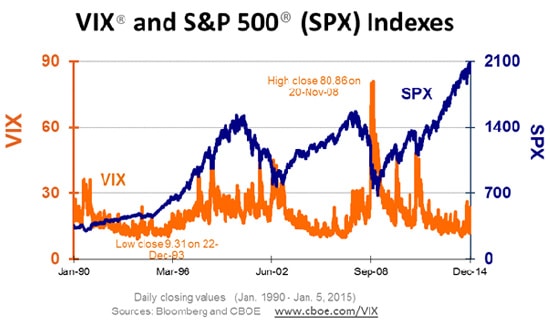 Correlation between VIX and SPX, from Bloomberg/CBOE

What Does That Mean Though?

When investors are afraid, they usually hedge their long equity positions with some puts on the broad market to protect their downside. These puts act a type of insurance against their equity portfolio. If the market takes a large dip, their equity portfolio will drop, but their put option will offset some of those losses.

According Russell Rhoads’ book Trading VIX Derivatives, the VIX historically overreacts to dips in the S&P 500. 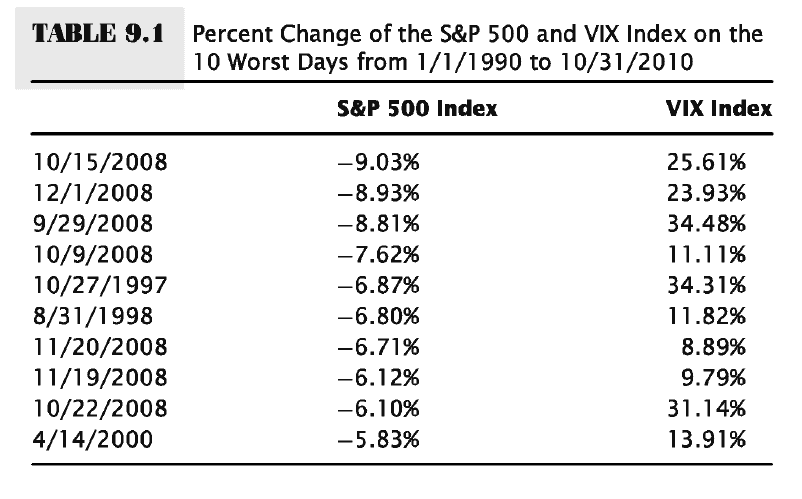 Additionally, here’s another table displaying comparison between VIX and S&P returns, each group being the worst days in the S&P’s history. As you can see, as the magnitude of S&P 500 drawdowns decrease, the frequency at which the VIX overreacts to those drawdowns decrease. This is presumably because with smaller drawdowns, comes less investor panic.

Manipulation Of The VIX

If you read any trading forums, you’ll inevitably see theories about large institutions manipulating the VIX index. It’s easy to write them off as conspiracy theories, but there is actually significant evidence of this happening.

Theoretically, the VIX index could be manipulated by moving the prices of the specific out-of-the-money SPX options used in the formula to quote the VIX. If done right before settlement of a futures contract, the contract will settle at the manipulated index price. Unlike wheat or S&P futures, VIX futures aren’t deliverable because the VIX is not an asset, but a formula. Due to this, VIX futures settle in cash based on the VIX index.

For example, XYZ Bank is net long 10,000 July VIX futures contracts. The contracts are currently trading at $10.00, and the VIX cash index is at $11.00. Right before settlement, they buy up all the illiquid SPX options that the VIX’s formula is based on. This makes the VIX cash index go up to to $12.00. Seconds later, settlement occurs and their July VIX contracts are settled at $12.

The above is a rudimentary example, the intention is to show you how and why it occurs.

A paper written by John M. Griffin and Amin Shams from the University of Texas as Austin found significant evidence of VIX manipulation. They found that significant activity occurred in the specific OTM options used to quote the VIX right at the time of settlement of VIX futures.

Here are some of their findings, all quoted from their paper.

Using The VIX As An indicator

Here is a chart of the VIX with almost 30 years of market data. As you can see, it’s movement has some routine to it. During periods of sustained low VIX, the VIX continually drives lower until a random spike happens. After the spike, there is a “cooldown period” where volatility remains high for the time period, but trends downwards.

You will also notice that the VIX, for whatever reason, almost refuses to go below 9. 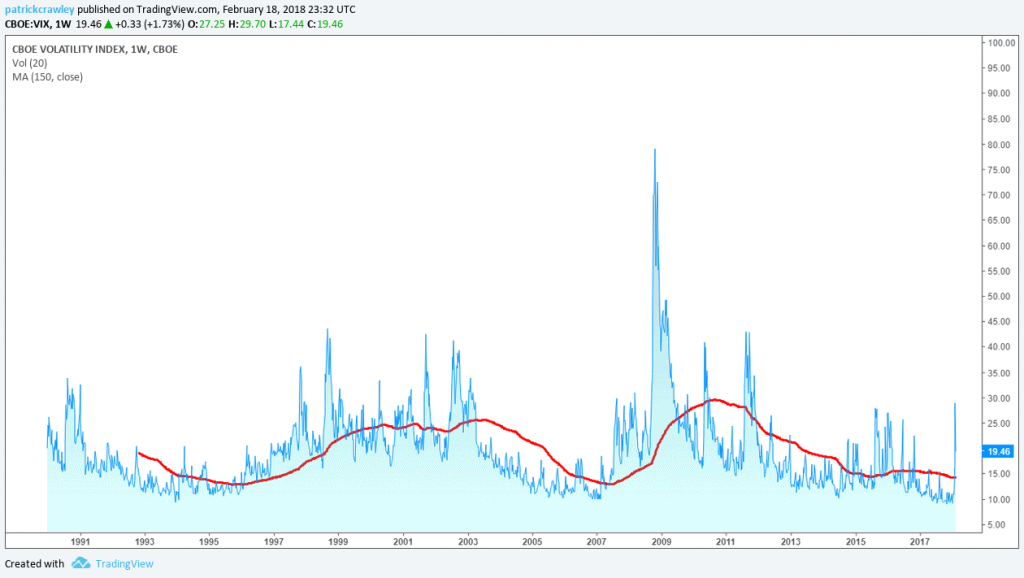 These are simply tendencies that the VIX tends to follow, these have not been backtested, nor are they trade suggested.

It’s clear that the VIX is an important index to gauge market sentiment, as well as for generating trade ideas.

In this article, we’ve learned: