Reddit can be hit or miss. Because of the anonymous nature of the site, you have a lot of amateurs posing as experts, as well as a heavy tendency towards herd mentality. One also has to consider the fact that in niches like trading/investing, a much higher percentage of the broke amateurs are spending their time on these subreddits than the wealthy experts.

Caveats aside, Reddit is an excellent website filled with thousands of wonderful communities. While there doesn’t seem to be a huge demographic of traders on Reddit, there are a few trading subreddits worth reading which I’ll be going over in this post.

The id of your average trader. They pretend to have a trading methodology, they pretend to be knowledgeable about finance, until doors are closed and they’re on an anonymous forum called WallStreetBets. The shear honesty of these people is refreshing. Who isn’t sick of the new 17 year old day trader’s penny stock pick that he insists is gonna “pop” because of the “great chart” and the “great new products” they’re producing? On WSB, they put their entire account in naked options based on a short Business Insider article or a hastily written, half joking “DD” (due diligence), all while completely aware that they’re playing the slots.

There is a weird hivemind effect that dictates that this subreddit can only pay attention to 2-3 stocks at a time. Right now it’s Micron Technology (MU) and Snapchat (SNAP). They seem to be more bullish on MU, and super bearish on SNAP. It used to be Advanced Micro Devices (AMD), but it’s been trading in a range for so long that they got bored. Occasionally Nvidia (NVDA) and Tesla (TSLA) will trend in popularity for a week or so.

In addition to their honesty about their ignorance (and there are actually some smart guys on here too, it’s not all idiots who buy puts because they read a comment regurgitating DAU stats straight from an annual report), WSB is the headquarters for trading memes on the internet.

Here’s a few from the last week’s top posts: 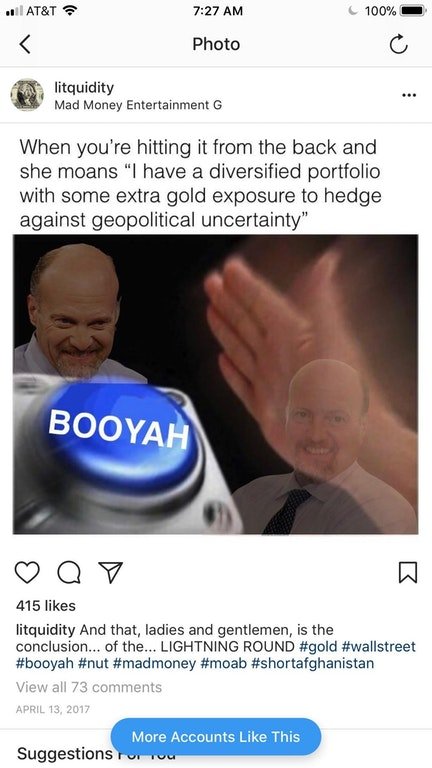 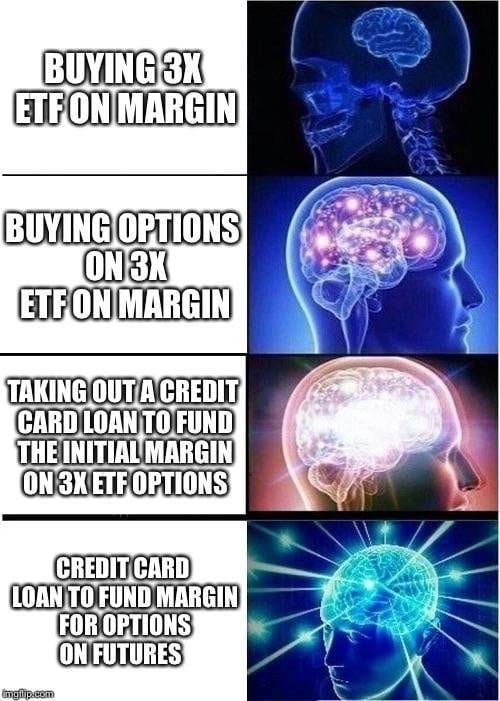 The subreddit got considerable mainstream media exposure back in January 2018 when WSB user FScomeau began promoting that he was going to livestream himself using his entire liquid net worth, $240,000, to buy weekly put options on Apple right before earnings. This not only went viral on Reddit, but social media as well. However, the fiasco turned out to be fake.

This is the hub on Reddit where quants meet and discuss ideas. It’s mostly made up of Python, C++, and R developers discussing strategy creation and optimization. They’re welcome to newcomers and happy to help them get started.

You’ll find conversations about the impossibilities of HFT from home, the fallibilities of algorithmic trading, the feasibility of using technical indicators in systems, etc. Lots of self-awareness about the drawbacks of the industry itself is found here. It’s an excellent place for idea generation. Just scrolling around, you’re exposed to the thought processes of dozens of other quants from different backgrounds, spurring ideas you would have never came up with alone.

Here’s a couple of my favorite posts:

This is a recently created subreddit, but it already has a great community of smart traders adding value. The demographic of this subreddit is day and swing traders. Rudimentary technical analysis isn’t too emphasized, you won’t hear much about standard moving averages and pivot points. The traders here have a more nuanced view of the market, the average participant has a knowledge of market microstructure, volatility’s effects on the market, as well as the macro market climate.

Evidence for the devotion of this subreddit’s members, someone created a stock screener for members of the subreddit.

Here are a few of my favorite posts:

The setup was simple: when volatility spikes, get short or add to your permanent short position. This worked steadily for years, and there were plenty of derivatives available for even the least sophisticated traders to participate with.

Here is the chart of one of the subreddit’s favorite short volatility derivatives, the SVXY ETN. 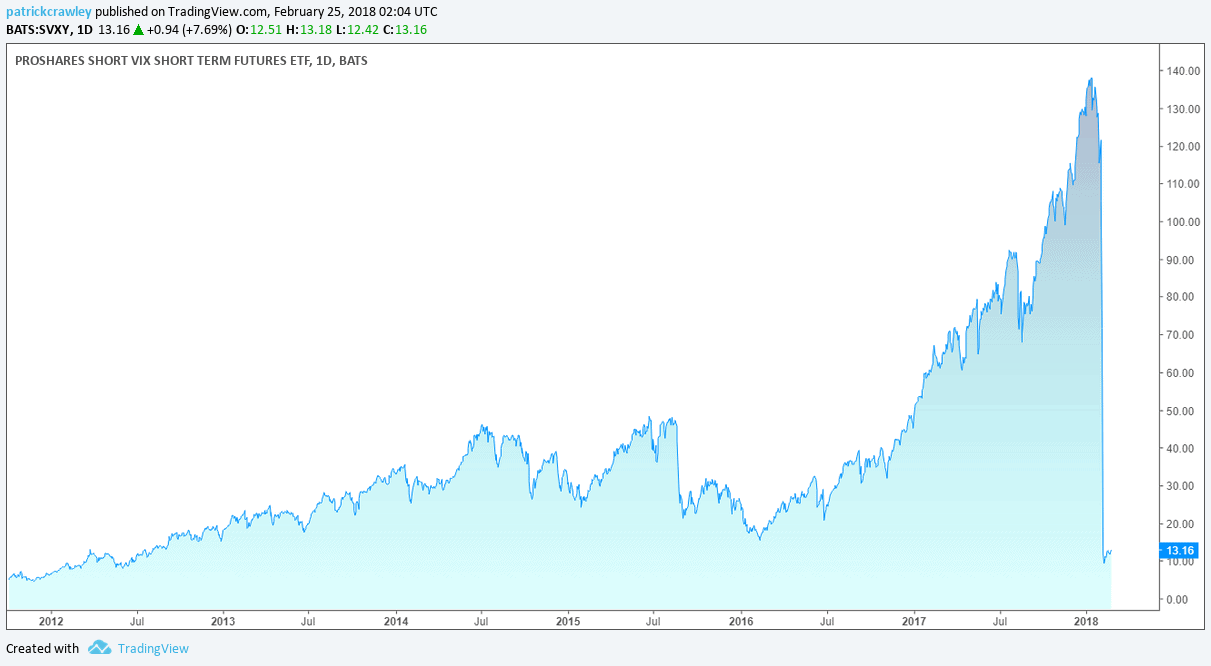 As you can see, it was one of the best performing stock/ETFs of the last few years, until it blew up in everyone’s face.

The subreddit was formerly called “/r/tradeXIV,” named after the Credit Suisse-run short volatility ETN, XIV, that was recently shut down. After XIV was shutdown, the subreddit was retired and the users migrated over to /r/tradeVol

After the shutdown of XIV, a frequent trader of the product posted this to the subreddit:

“I’ve lost $4 million, 3 years worth of work, and other people’s money,” he wrote in a post that’s garnering lots of attention. “Should I kill myself?”

It’s clear that Reddit can be a dangerous place to get any trading/investing advice from. It could be a complete beginner behind the post, recommending you read a book that he’s never read himself. It’s also clear that, save for a few exceptions, not much research is going to get done on Reddit. I view it similarly to Twitter, it often has interesting content and stories that may trigger some ideas, but it’s ultimately idle time.

That being said, if you spend any time on the prominent trading/investing subreddits, the very least you can do is replace them with the suggestions above.