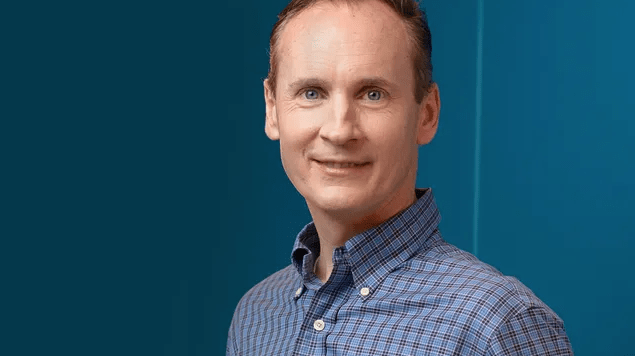 David Gardner is best known as one of the three founders of The Motley Fool, an investment advice platform that has consistently beaten the market for more than 25 years.

Gardner was introduced to investing at a young age by his father, who owned a food production company and brought his sons David and Tom to company meetings from an early age. On top of that, the Gardner brothers were given stock portfolios as teenagers that their parents had started for them and were left to manage them.

David Gardner attended college at the University of North Carolina-Chapel Hill and graduated in 1988. He and Tom went on to found The Motley Fool a few years later, in 1993, after David spent several years working as an independent writer for several trading newsletters. Gardner has been working with The Motley Fool since its inception and has authored several books, including The Motley Fool Investment Guide.

Today, Gardner is estimated to have a net worth of more than $22 million.

David Gardner and The Motley Fool more broadly focus on long-term, passive investing in high-momentum stocks. Gardner typically looks for companies that are poised for explosive growth by developing a new market niche rather than improving on an existing industry.

Gardner is especially famous for picking high-growth companies early on. For example, he encouraged followers to invest in companies like Costco and Netflix long before their stock prices began to climb. Most of Gardner’s stock picks are held for several years at a time or longer – he is focused on high returns from individual picks rather than on stopping out investments on pullbacks to save several percent gains in the short-term.

In interviews, Gardner has broken down his investment decisions into five criteria.

First, he looks for first movers in an industry. Specifically, Gardner seeks out companies that are taking advantage of a niche that hasn’t been explored already and that are creating new markets in the process.

Second, Gardner considers corporate leadership. Companies that are going to exploit a new market need a visionary leader who understands the potential of his or her company’s own product, according to Gardner’s thinking.

Third, Gardner seeks out competitive advantages. Many of the companies he invests in have a moat, often in terms of physical infrastructure, that would be difficult for a competitor to replicate without faltering. To use the example of Costco, this company had a network of warehouses across the US and a relatively large existing customer base at the time that Gardner recommended it.

The fourth criterium Gardner uses is price momentum. Gardner typically looks for stocks that are exhibiting growth and that are poised to continue that momentum far into the future. This reflects the passive nature of his investments and the idea that it is better to pick a few winners and hold them for years at a time.

Finally, Gardner considers valuation. To him, a valuation should be established relative to how important a product or service is to users. If the service wasn’t there, would people miss it? This can be extremely helpful in identifying whether a company is exploiting a long-term market or simply benefiting from a short-lived trend.

Historically, most of the stock picks that made David Gardner famous came through The Motley Fool’s Stock Advisor subscription newsletter, which started in 2002. Among Gardner’s picks in the mid-2000s were companies like Amazon, Netflix, Disney, and Shopify. All of these have gained more than 1,000% since he originally recommended them to investors, and they remain in the Stock Advisor portfolio. Overall, Gardner’s stock picks are up 626% compared to 86% for the S&P 500 over the same period.

Gardner also launched another newsletter, Rule Breakers, in 2004. This service produced 173% returns as of 2019, compared to 73% for the S&P 500. Some key holdings in the Rule Breakers portfolio include Chinese Internet giant Baidu (up over 2,000%), robotic surgery system producer Intuitive Surgical (up more than 1,500%), and video game maker NetEase (up over 1,700%).

David Gardner has been extremely successful at identifying market-changing companies early on. Since he co-founded The Motley Fool in 1993, he has gone on to build stock picking newsletters with millions of subscribers. His picks have vastly outperformed the broader market, and many investors using Gardner’s long-term, passive strategy continue to see gains from these stocks today.