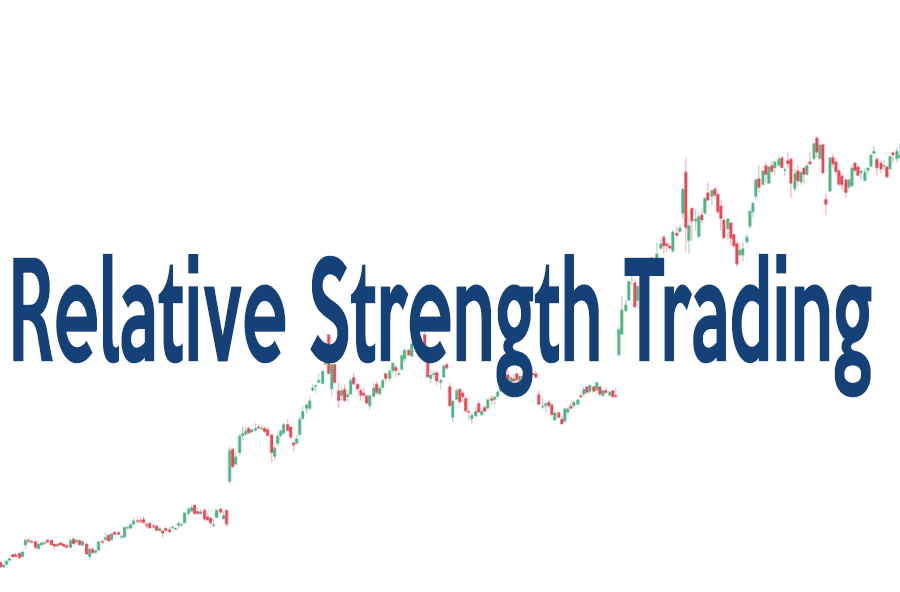 What is relative strength?

An example of a relative strength strategy would be going long tech stocks when they begin to outperform the S&P 500 after a period of underperformance.

Another example would be shorting junior mining companies when they begin to underperform the Market Vectors Junior Miners Index (GDXJ), after a period of outperformance.

Not to be confused with the Relative Strength Index, or RSI (which compares a security’s price to itself historically), relative strength trading simply quantifies strength relative to another security, rather than in an absolute sense.

There are generally three main ways to apply a relative strength strategy.

The most common and most simple strategy, this involves comparing a given stock to the larger index it is apart of. An example would be comparing 3M (MMM) to the Dow Jones Industrial Average, or Starbucks (SBUX) to the S&P 500. The theory is that when a stock is outperforming it’s index, which is an average of a large amount of stocks, that it’s a sign of strength.

Often times relative index strength won’t be used as a standalone trading indicator, but as a confirmation indicator, as at any given time, there are hundreds of stocks outperforming their indexes. 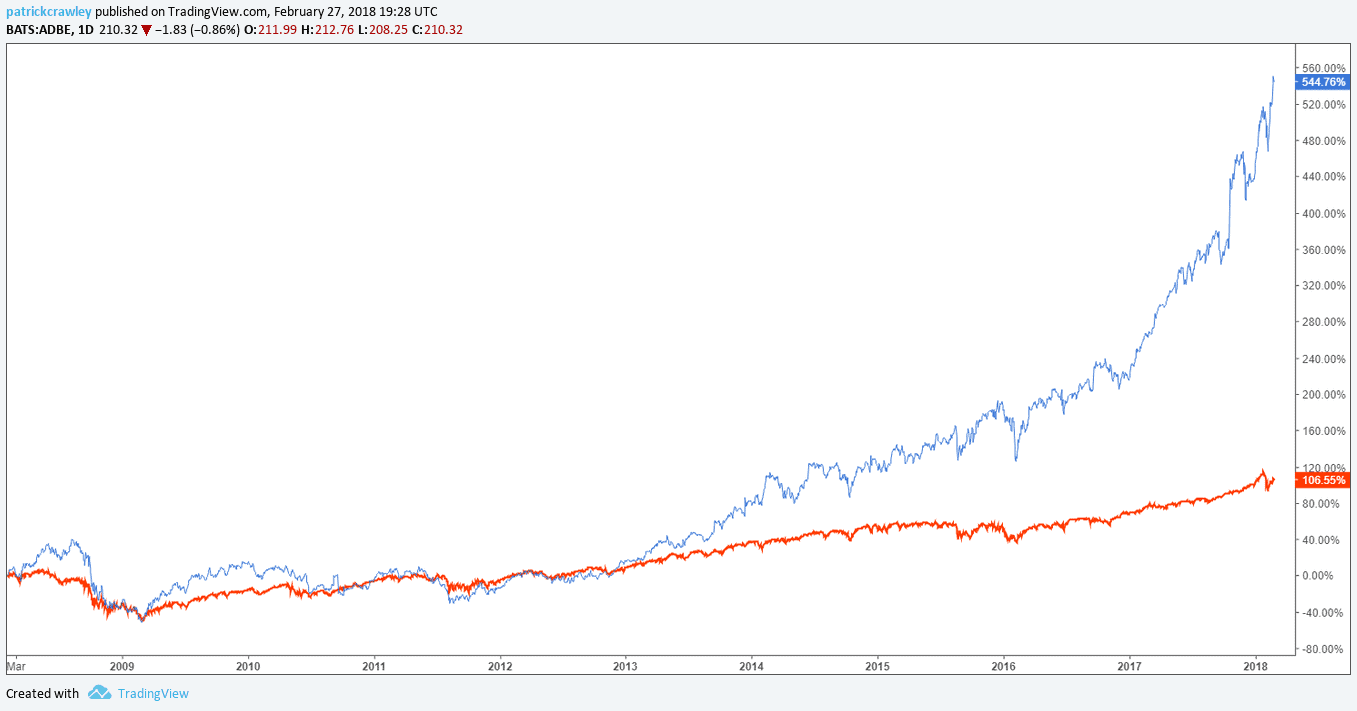 To many, it’s a more accurate representation of relative strength, as for example, comparing a REIT to the S&P 500 or Russell 2000 may be a bit inappropriate because REITs distribute a large portion of their earnings in dividends to their investors, while most companies in the stock market reinvest their earnings into R&D and scaling their business, harmonious with the growth movement of the last few decades.

Another example is utilities stocks, which usually lag in a bull market. Comparing a utilities stock to an index full of tech momentum stocks may not be the best gauge of its strength. 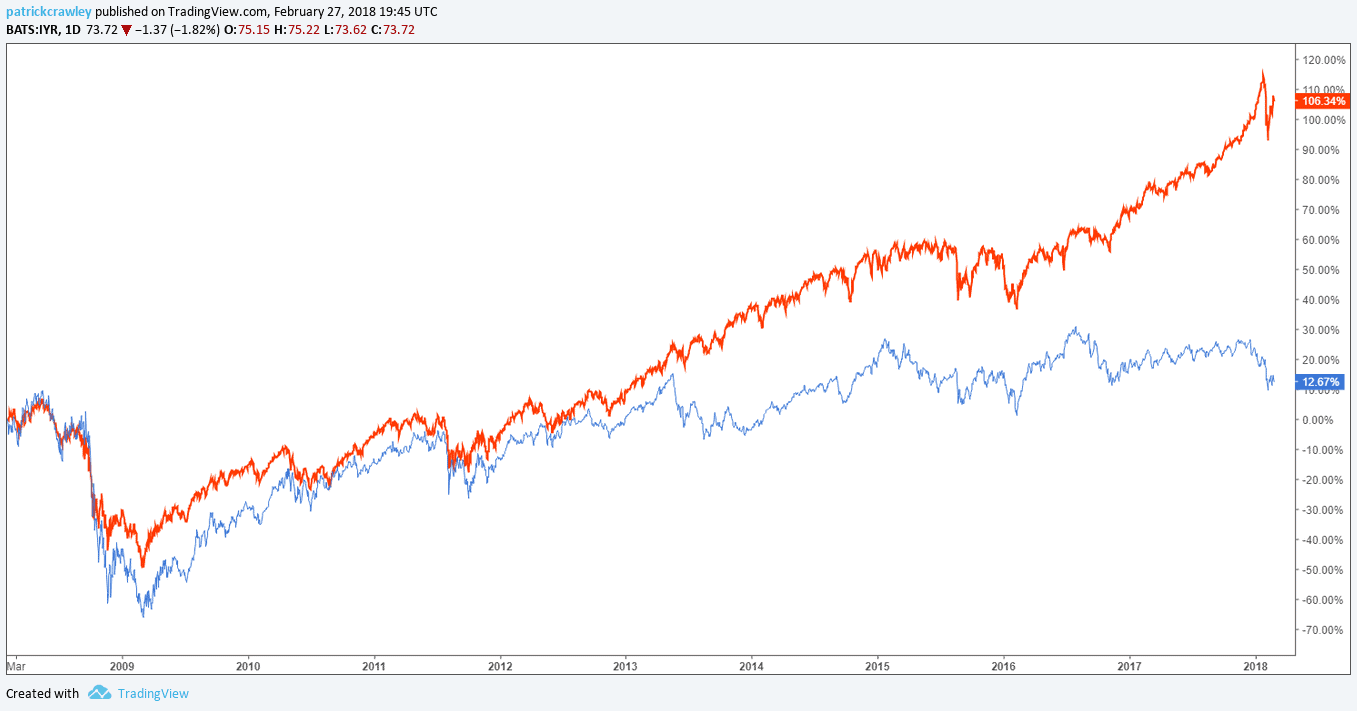 This strategy is only for stocks that are highly correlated to a commodity’s price. Example are Exxon Mobil and the price of oil, and Starbucks and the price of coffee. In addition to being a momentum strategy, it also gives insights to a company’s business savvy and their ability to circumvent the volatility of their commodity correlation. 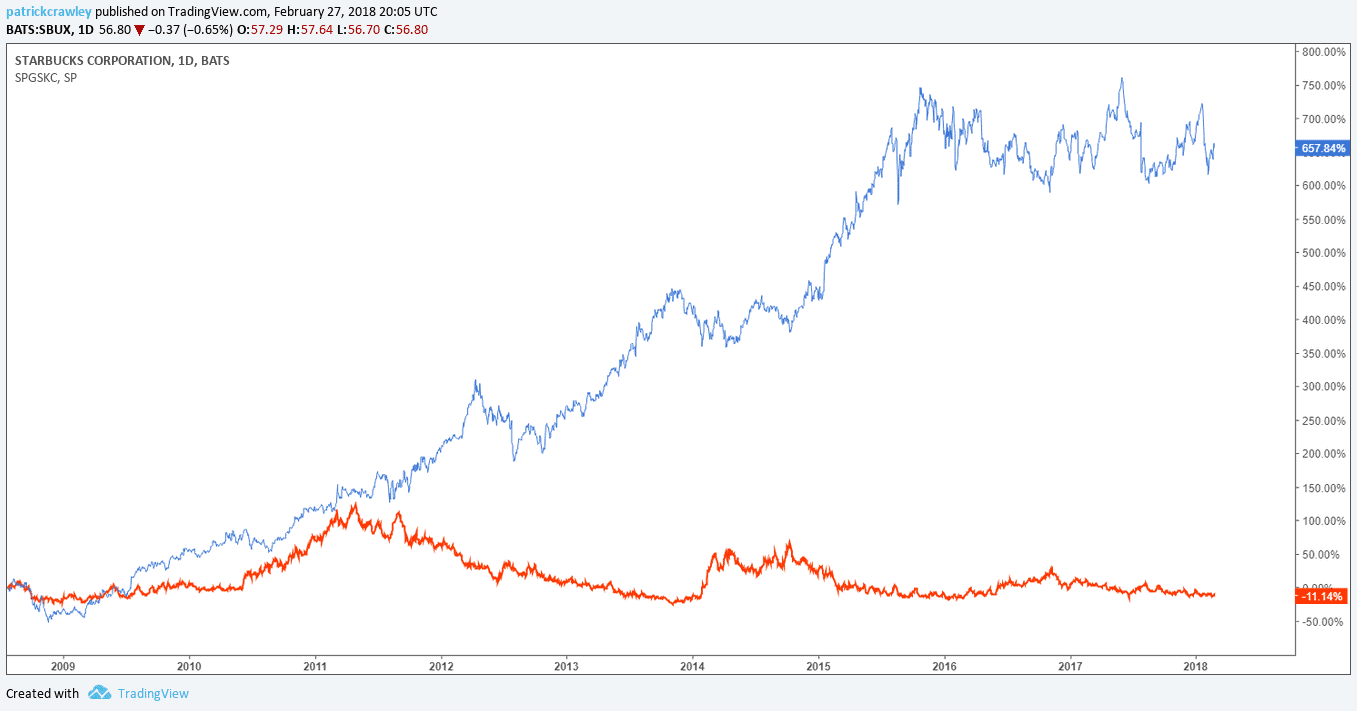 A less used relative strength strategy, this strategy involves comparing a stock to another stock. It’s used less often as a momentum strategy, and more often by spread traders who look at correlations heavily.

An example of this strategy deployed in a momentum strategy would be a trader wanting exposure to real estate info-tech, and wants to choose the strongest stock. Their two choices would be between Redfin and Zillow.

An example of how a spread trader may use this strategy is if they’re bearish on stock A, and bullish on stock B, they’ll go long stock B, and short stock A, and use a correlation chart of the two stocks as their chart. Perhaps they’re bullish on Goldman Sachs, and bearish on J.P. Morgan, when the blue line crosses the red line, that is a confirmation of their thesis, and vice versa. It’s worth considering that these traders usually weight their holdings by beta.

An investment or trading strategy is often giving merit by how many successful investors deploy the strategy. The thinking behind this is that the markets are somewhat efficient, and if nobody is deploying a strategy, that likely says something about it’s effectiveness.

William O’Neil, founder of daily newspaper, Investor’s Business Daily, used relative strength as one of the core tenants of his investment strategy. He wrote about it in his famous book, How to Make Money in Stocks. The strategy became a cornerstone of Investor’s Business Daily’s differentiation, as it caters to momentum traders and is founded upon O’Neil’s principles.

Relative strength is a cut-and-dry strategy. It doesn’t involve waiting for technical indicators to reach arbitrary values, nor does it make any judgements. Relative strength makes one assumption, that a stock outperforming an average many other stocks is likely a good investment.