What Jim Chanos Looks for in Shorts 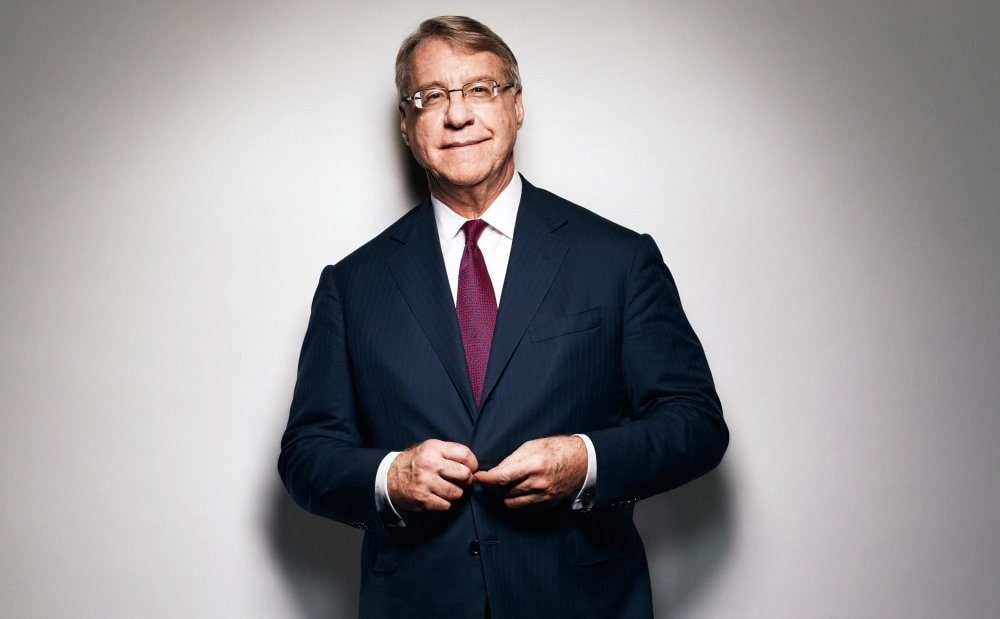 After the bankruptcy of energy merchant bank Enron and subsequent criminal trials of the company’s executives, everyone on Wall Street knew Jim Chanos’ name, as he was short the stock before the Street began to suspect anything. Since then, he has continued to impress with bearish calls on Boston Chicken, Sunbeam, Tyco International, and countless others. He stills makes headlines frequently for his bearish bets against Tesla and the Chinese economy.

So, what does it take to be Jim Chanos? How did he manage to uncover all of these disastrous companies? Well, in this article, we’re going to look at key criteria Chanos looks for when researching a company.

One of the key indicators that Chanos and his team looks at are when executives begin to leave the company. To them, this tells the story best, if things were going good, they would at least want to stick around to get some credit for it.

This indicator was used in their short of Enron, Valeant, First Solar, Tesla, and others. In addition to regulatory filings, Kynikos uses LinkedIn employment statuses as a real-time indicator of executive turnover.

“One tip off in Valeant was exodus of senior executives. One of our historical sign posts is when numbers of senior people leave over a short period of time. Tesla fits that bill. We have a chart of senior executives leaving Tesla, it is a flood in the last few years. This is not just Model X, these people are going to be needed for the Model 3.”

Listen to Chanos talk about executive turnover in his own words on Wall Street Week:

This is another qualitative factor that any unsophisticated can look at with a simple web search. In addition to high executive turnover, Chanos likes to see those executives selling their shares. Analyzing insider selling can be dangerous, because as Peter Lynch says “insiders might sell their shares for any number of reasons, but they buy them for only one: they think the price will rise.” However, in large numbers, combined with high executive turnover, one cannot deny the fact that executives, those who know the company best, are bearish on the company.

Ultimately, Chanos and Kynikos are forensic accountants, although they use other qualitative indicators like executive turnover and insider selling, it’s safe to say it’s their bread and butter.

Chanos attributes the amount of suspicious and borderline fraudulent accounting to the rules-based, as opposed to standards-based system in corporate finance, as he told Value Investor Insight:

“We want every single possible transaction to have a rule. So you have armies of investment bankers and lawyers who do nothing but think about how to get around the rules. I can’t think of one major fraud where the auditors didn’t sign off on the statements. In a rules-based system it’s easier for unscrupulous people to fix the numbers and get people to sign off on them as proper”

One accounting insight that tipped off Chanos to short Enron was mark-to-model pricing. This is when a company measures the value of their assets using their own financial models, when there is no efficient market by which to price the assets. Even without fraud, mark-to-model pricing often makes faulty assumptions, like assuming liquidity and consistent market conditions. In the case of fraud, one can imagine how easy it would be to distort the price of an asset on a balance sheet using a computer model.

Another accounting aspect that Chanos stresses is the quality of cash flows. While the majority of investors pay close attention to earnings, Chanos believes they are too easily manipulated by accounting, while cash flow is more difficult to manipulate.

Other accounting metrics that Chanos pays close attention to are ratios like ROIC (return on invested capital), and ROE (return on equity).

Chanos doesn’t like when a company uses aggressive marketing language when describing itself to investors. When the annual report looks more like a stock promotion placed by a microcap on a newswire, Chanos gets excited. Further, when the company lambasts critics rather than responding to their claims, that is even more of a red flag.

Perhaps no company displays this quality better than Tesla and CEO Elon Musk, which is a main reason Chanos is short. Chanos told CNBC that Musk “has a broad interpretation of the truth.” In a Rolling Stone profile, Musk told his children that short sellers of Tesla’s stock are “jerks who wants us to die.”

A huge part of Chanos’ and Kynikos edge in finding short ideas is in their decades of accounting and equity research experience. They’ve read thousands of annual reports, and have a keen sense for something fishy in financial statements. However, for the the less astute investor, one can learn from Chanos and at the very least, use the advice to avoid stocks to buy.